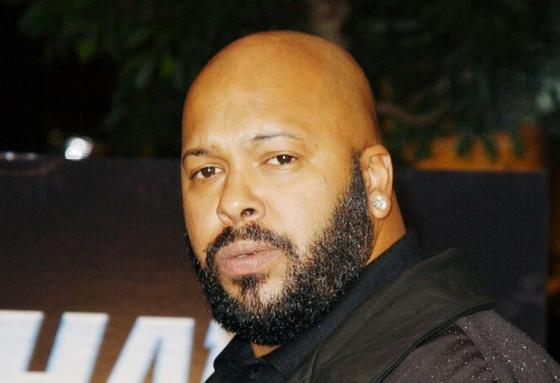 Former Record Label CEO Suge Knight has been reportedly been shot multiple times early this morning in a West Hollywood,CA night Club 1Oak. Eye witnesses says Knight was able to walk out of the unofficial preVMA’s party after being shot (This man is so inhuman to me lmao he always gets shot but walks away like its nothing) but was led by police officials to the ambulance says TMZ. There’s not too many details right now but TMZ reported that 4 shots were fired around 1:30 am inside of popular nightclub 1oak. Knights close sources also told TMZ he was shot in the stomach and the arm other places as well but that none of the shots were fatal and he is now currently undergoing surgery.  TMZ also released footage of chris brown going haywire & We have footage of the chaos in the club as shots were being fired!  Click On the Link http://www.tmz.com/2014/08/24/suge-knight-shot-stabbed-one-oak-outside-club-ambulance-hospital/  to Check Out All of the video footage (sorry I couldn’t upload the videos because wordpress embedding is acting like may weather right now) & tell me what you guys think in the comments below!

There were other celebs seen at the party, including Black Eyed Peas star apl.de.ap and model Tyson Beckford, who both confirmed the news when they were stopped by TMZ to ask what happen Tyson made a joke of it and thought it was all funny could’ve been the alcohol though.

Suge Knight took upon the chief role at Death Row records back in the 90’s. He co-founded the record label with now billionaire Dr Dre back then & rumor has it he forcefully took Dre from out his contract at the time to do so and went on to dominating the west coast rap game. Signing rappers like Snoop Dogg , The dogg pound, & Tupac Shakur.